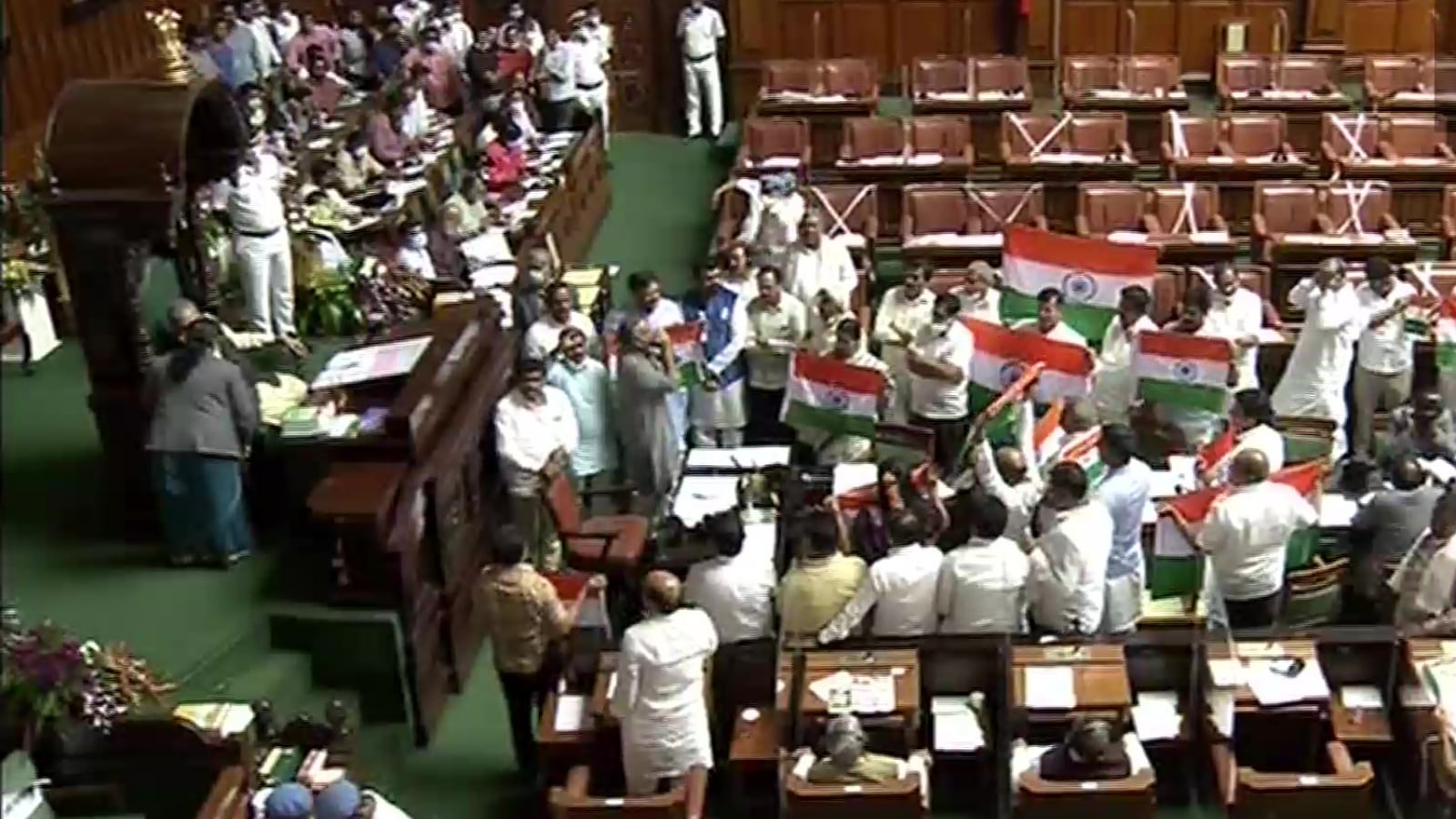 Karnataka minister and senior BJP leader KS Ishwarappa on Thursday claimed that all Muslims and Christians in the country would one day join the RSS.

The statement from the Rural Development Minister came at a time when Speaker Hegde Kageri was using the term “our RSS” and a day would come when opposition legislators would say the same thing to which Congress legislators had expressed reservations.

It all started when opposition leader and former chief minister Siddaramaiah mentioned the saffron organization, while talking to some BJP leaders and ministers about his personal equation.

“Personal relations are important, then comes party differences – BJP, RSS, Congress and others,” the Congress leader told the speaker in a light note, “why are you worried about our RSS?” When Siddaramaiah made it clear that he was not speaking with any emotion attached, Congress MLA Jamir Ahmed Khan asked, “You (Speaker) are saying – ‘Our RSS’ – sitting in that chair?” In response, Kageri said, “What if we don’t have RSS? Yes … this is our RSS. RSS is our … land, I’m telling you one thing, if not today then some day in the future, our country, even you have to say – our RSS – of course. ” In this context, some Congress MLAs, including Khan, have said that the day will never come and they will never say.

Siddaramaiah said that he was also against the RSS because it was because of them that ‘humanism’ would be established in this country. Intervening, Revenue Minister R Ashok said the RSS has become “omnipresent and omnipresent” (omnipresent and omnipresent). “Our country’s president, vice-president, prime minister, chief minister have all come from the RSS, everyone has to accept it now … it’s our good fortune,” he said, referring to some Congress MLAs calling it the country’s “bad luck”.

Minister Ishwarappa said, “All Muslims and Christians in the country, if not today, will one day join the RSS. There is no doubt about it.” The minister’s remarks have provoked strong reactions from some Congress MLAs.

He claimed that during the protests, the RSS had burned the constitution at Ramlila Maidan in the past because they were ‘people? Iti wanted, the speaker and BJP members strongly objected and asked him not to say “unwanted wrong thing”. “It’s not right … if you want to do politics, get out,” the speaker told Kharge.