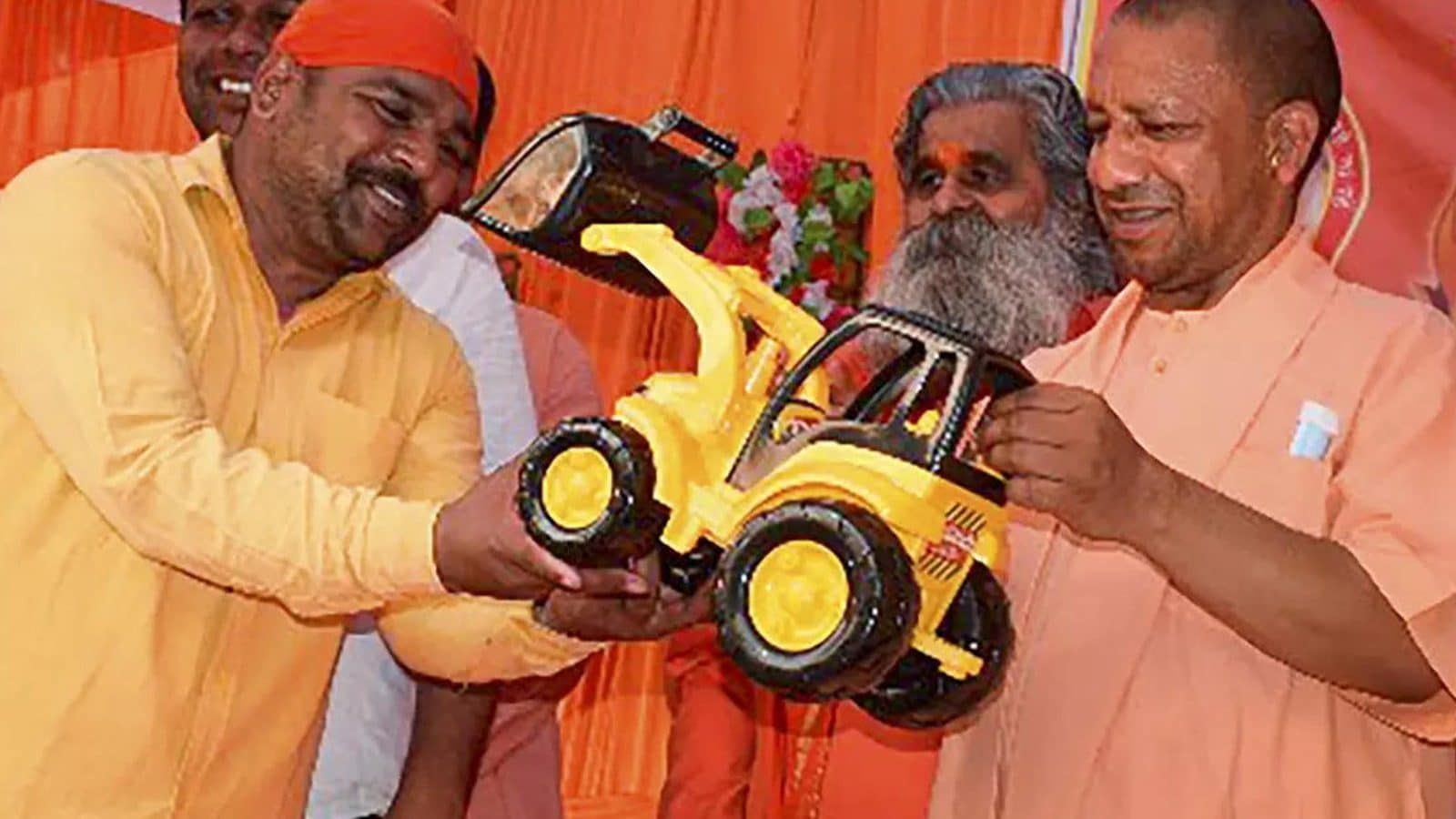 Yogi Adityanath has taken action after being sworn in as the Chief Minister of Uttar Pradesh for the second consecutive term. Taking stern action against the officials, CM Yogi dismissed District Magistrate Sonabhadra TK Shibu and Ghaziabad SSP on charges of corruption and laxity. Not only the Chief Minister, but also his cabinet has started working in the field immediately after taking charge of their respective departments.

The UP chief minister started his second innings with a whip on the loose officials. Despite giving the new ministers a 100-day agenda, on Thursday, in line with the Zero Tolerance Against Corruption Policy, Chief Minister Sonavadra fired DM TK Shibu and Ghaziabad SSP Pawan Kumar. Sonbhadra’s DMK has been sacked for corruption in excavation and construction work and not working properly during the election, while Ghaziabad’s SSP has been sacked for crimes and misconduct.

Chandrabijay Singh has been appointed as the new DM of Sonbhadra. A state government spokesperson said that Varanasi division commissioner Deepak Agrawal has been given the task of investigating the allegations against TK Shibu. He said allegations of illegal mining were constantly coming against TK Shibu. Meanwhile, action has been taken against Ghaziabad SSP due to his inability to stop crime and laxity in discharging his duties. By taking action against one IAS and one IPS officer in one day, the Chief Minister has given a strong message that he will continue his crackdown on corruption even in his second term.

Earlier on Thursday, Deputy Chief Minister and UP Health Minister Brajesh Pathak paid a surprise visit to the Civil Hospital in Lucknow. The reader inquires about the arrangements and services for the general public at the hospital and instructs the maintenance of wheelchairs at the hospital and meets with the doctors and staff of the Civil Hospital.

Power Minister AK Sharma visited the 1912 call center set up for complaints of power consumers, adding that complaints of power consumers should be heard 24 hours a day and resolved as soon as possible. The power minister also visited the UP assembly sub station. AK Sharma asked the officials of Power Corporation to prepare an action plan for the next 100 days and then work on it.

AK Sharma, who is also in charge of the urban development department, instructed the officials that cleaning work was being carried out in the city between 5 am and 8 am. The Urban Development Minister said that no slack in cleaning cities would be tolerated at any cost and those who would get slack would have to face strict measures.

Water Power Minister Swatantra Dev Singh will soon visit Bundelkhand and Vindhyachal areas of the state to test the implementation of ‘Har Ghar Nal’ project. The project is close to the heart of Prime Minister Modi and CM Yogi and has also earned high dividends for the BJP in the recent assembly elections. The Minister of Water Power has asked the officials to complete the work on time in addition to regular monitoring. The minister asked the authorities to focus on collecting rainwater to raise the groundwater level in the area.

Covering the Basic Education Council’s schools with ‘Operation Rejuvenation’, teachers will visit children’s homes to meet their families and encourage them to come to school. All legislators have been asked to adopt everyone in the school. At the same time, the government is trying to equip every primary school with all kinds of basic facilities. Private school and old school students will be involved in the campaign.