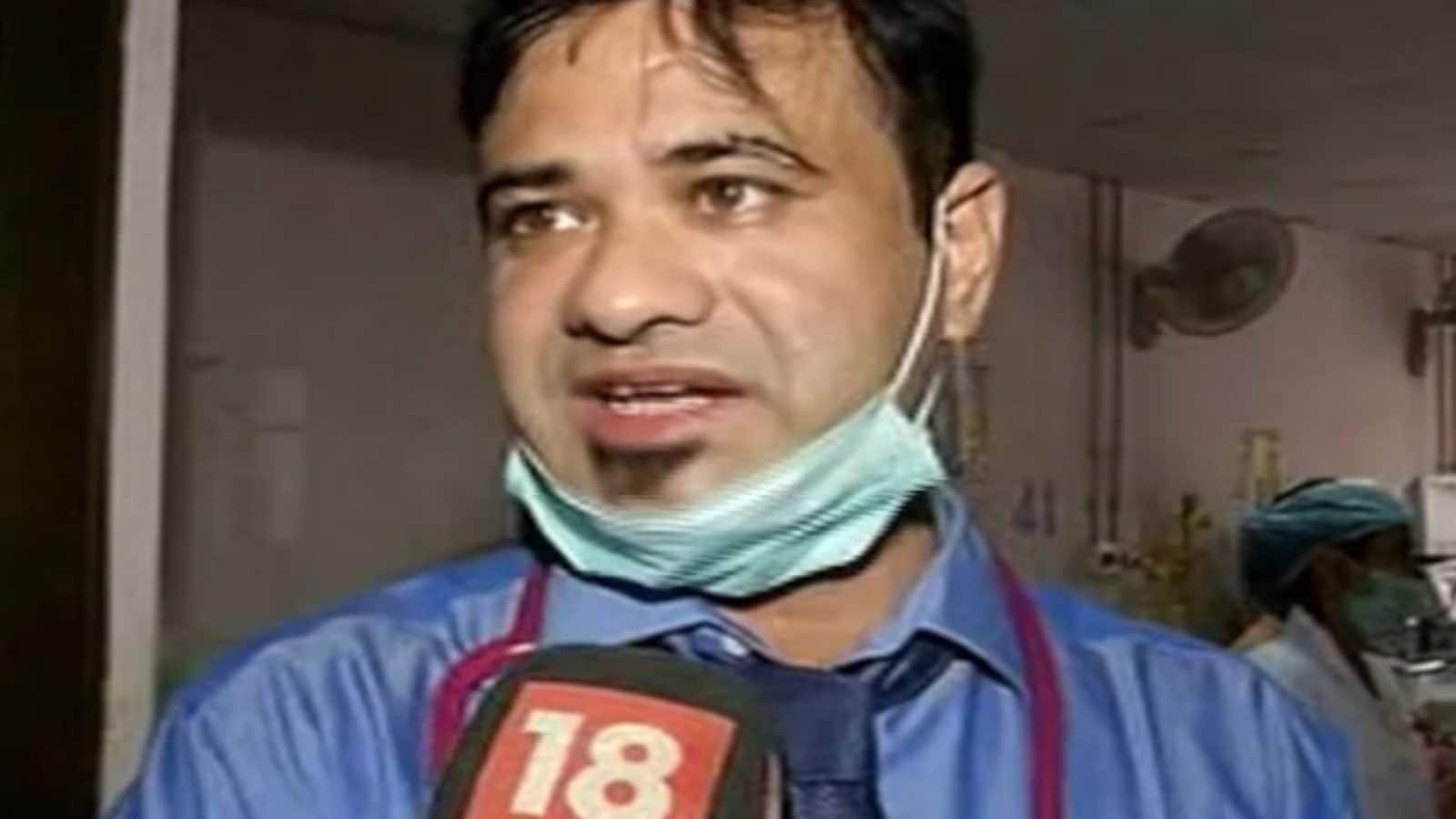 Kafil Khan, a pediatrician who was among the accused in the 2017 BRD Hospital case, has been charged with using criminal force to prevent a government employee from performing his duties when he “forced his way into an ambulance to examine a female patient despite objections”. Raised by the driver. “

Khan, who is contesting the MLC election from Deoria-Kushinagar constituency on a Samajwadi Party (SP) ticket, has alleged that the case is politically motivated.

The incident took place on March 26, but a case was later filed on the basis of a complaint lodged by Prakash Patel, an ambulance driver working at Bhaluhani Primary Health Center (PHC).

According to police, in his complaint, the ambulance driver said that on March 26, a female patient was brought to PHC for treatment, and after examining her, doctors referred her to Deoria District Hospital.

He was rushed to the district hospital in a PHC ambulance.

The complainant alleged that they were carrying an ambu bag (artificial manual breathing unit) with them as the ambulance did not have the required amount of oxygen. But the woman died when she reached the emergency department of the hospital.

On March 26, Khan tweeted a video showing him being treated inside an ambulance and then at a hospital.

“I took a woman to the hospital who was injured in a road accident. As I was leaving the hospital, a young man asked me to examine his mother, who was lying inside the ambulance. I believe a lawsuit has been filed against me because I tweeted about the errors I found in the hospital and ambulance. The case against me is politically motivated. I am contesting the election and the people are supporting me. They have sued me to divert my attention. I see the case as a continuation of my harassment, “he said.