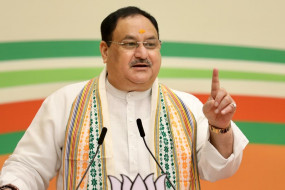 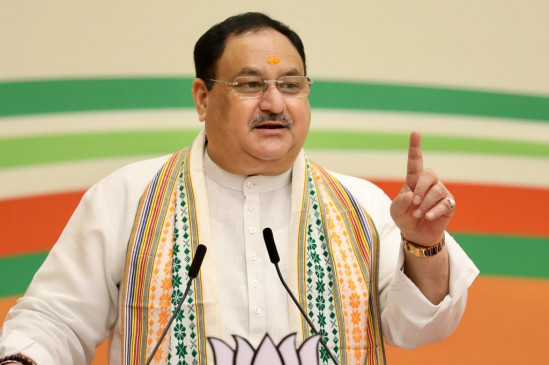 Nadda said the election manifesto was not a piece of paper, but a promise of the state to the people of Manipur for all-round development as well as stability. According to the BJP’s election manifesto, the monthly pension for all senior citizens of the state will be increased from Rs 200 to Rs 1,000 and Rs 25,000 will be given to economically weaker and backward class girls under the Rani Gaidinliu Nupi Mehroi Singi scheme. .

Announcing the BJP’s commitment to protect the territorial integrity and rights of Manipur’s tribals and its rich cultural heritage, the BJP national president said the party would remain under the Prime Minister’s Kisan Samman Nidhi project after returning to power. Financial assistance of Rs. 6,000 to Rs. 8,000 per annum.

Manipur Chief Minister N. Biren Singh, state BJP president. Sharda Devi, national BJP spokesperson and the party’s Manipur in-charge Sambit Patra and Nadda and other leaders have said that the five-year BJP government has changed Manipur from instability to stability and now the party is keen to give the state a big boost. Nadda said, N. in Manipur. The BJP government led by Biren Singh overcame militancy and established peace and transformed Manipur from a divisive politics to a united one. The government has done a lot to prevent drugs.

The BJP national chief said homestay owners would be given cash incentives and subsidies to create about one lakh employment opportunities by promoting local tourism in the state. Other promises made in the BJP’s manifesto include scholarships for the children of small and marginal farmers and technical education at the undergraduate and postgraduate levels for the children of landless farmers, 100 per cent coverage of the Ayushman Bharat and CMHT (CM G Hakalgi Tenbang) projects. Health insurance of Rs 5 lakh for all eligible beneficiaries, setting up of AIIMS, capital requirements for technology upgrades and interest free loans to MSMEs to enable better market access.

The manifesto promises to set up Skill University in Manipur to enhance the skills of youth in various sectors, expands people-centered initiatives like Go to Village and Go to Hills, to benefit all projects of central and state government. Reach the door of the house. In addition to promising to set up a 100 crore Manipur fund to provide zero interest loans of up to Rs 25 lakh, the BJP has promised to launch the Loktak mega eco-tourism project to promote tourism in the state.