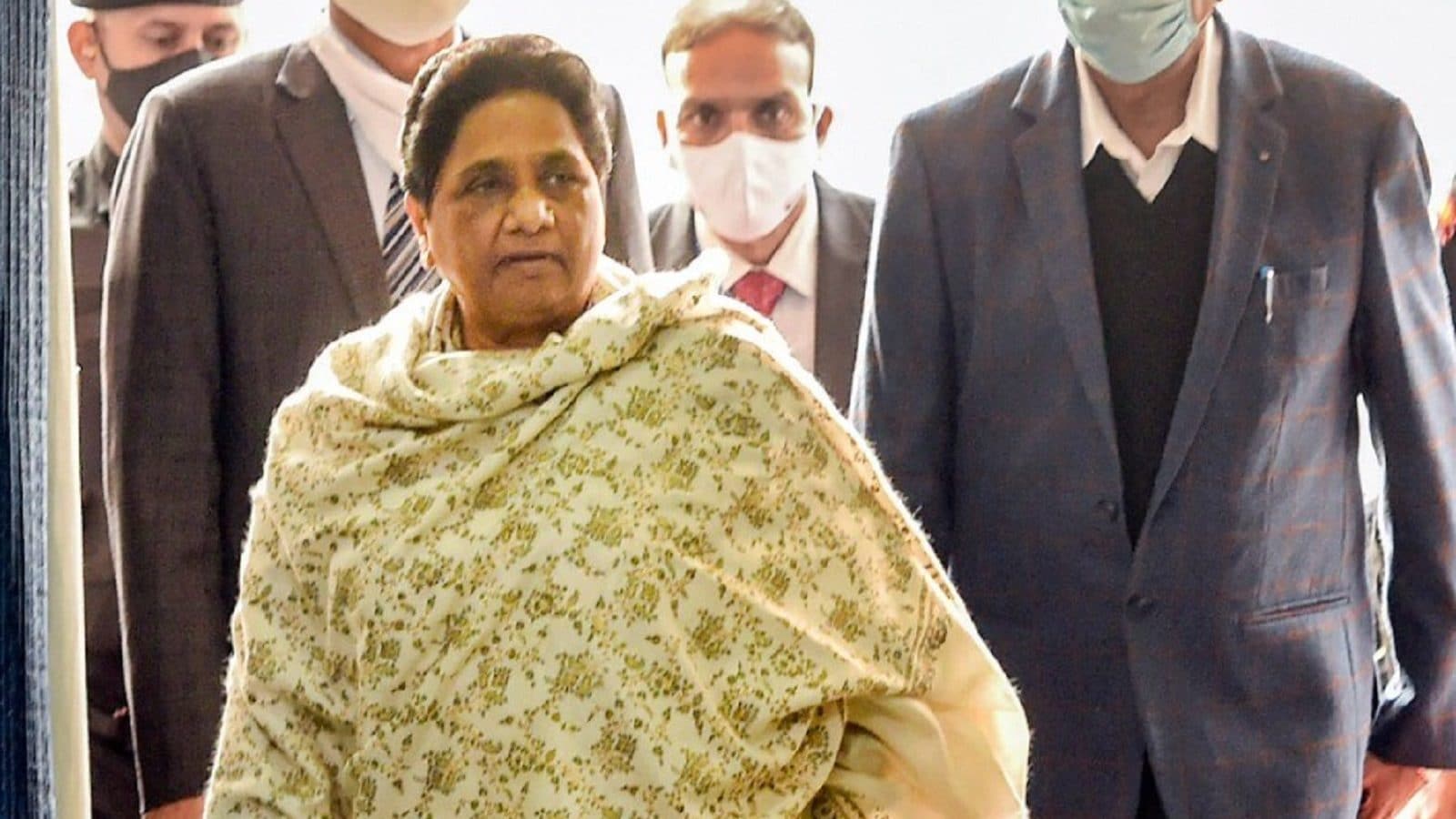 Mayawati, head of the Bahujan Samaj Party (BSP) and former chief minister of Uttar Pradesh, presided over a review meeting on Sunday, following the party’s landslide defeat in the UP assembly elections. At a meeting held at the BSP office in Lucknow, Mayawati handed over the responsibility of overseeing party affairs in the state to her nephew Akash Anand, who is the party’s national coordinator.

Before the meeting began, Mayawati removed her four spokespersons. Three new BSP in-charges – Munkad Ali, Rajkumar Gautam and Dr Vijay Pratap – have been appointed who will report directly to Mayawati.

Reviewing the possible reasons for the BSP’s defeat in the UP elections, Mayawati’s party workers have directed to formulate a new strategy for the future. Sources said he also sought feedback from booth-level leaders. In the recently-concluded UP elections, the BSP could get only one seat in the 403-member House, with the party’s vote share dropping to 13%.

Meanwhile, Shah Alam alias Guddu Jamali, who left the BSP and contested the UP elections on an AIMIM ticket, has rejoined the BSP. He will now contest the Lok Sabha by-election in Azamgarh constituency following the resignation of Akhilesh Yadav, who resigned as an MP to continue as MLA from Karhal constituency.

Umashankar Singh, the only BSP MLA to win from Baliar’s Rasara assembly constituency, was present at the meeting. Senior BSP leaders including BSP National General Secretary Satish Chandra Mishra were also present. Speaking to media before the meeting, Umashankar Singh said, “I may be alone in the assembly but I am equal to 100 people. I will continue to protest against the wrong policy of the government. Our party is ready for the 2024 Lok Sabha elections. “

The meeting discussed the strategy for the 2024 Lok Sabha elections and the way forward. In the 2019 elections, the BSP, which had contested the elections in alliance with the SP, won 10 seats.