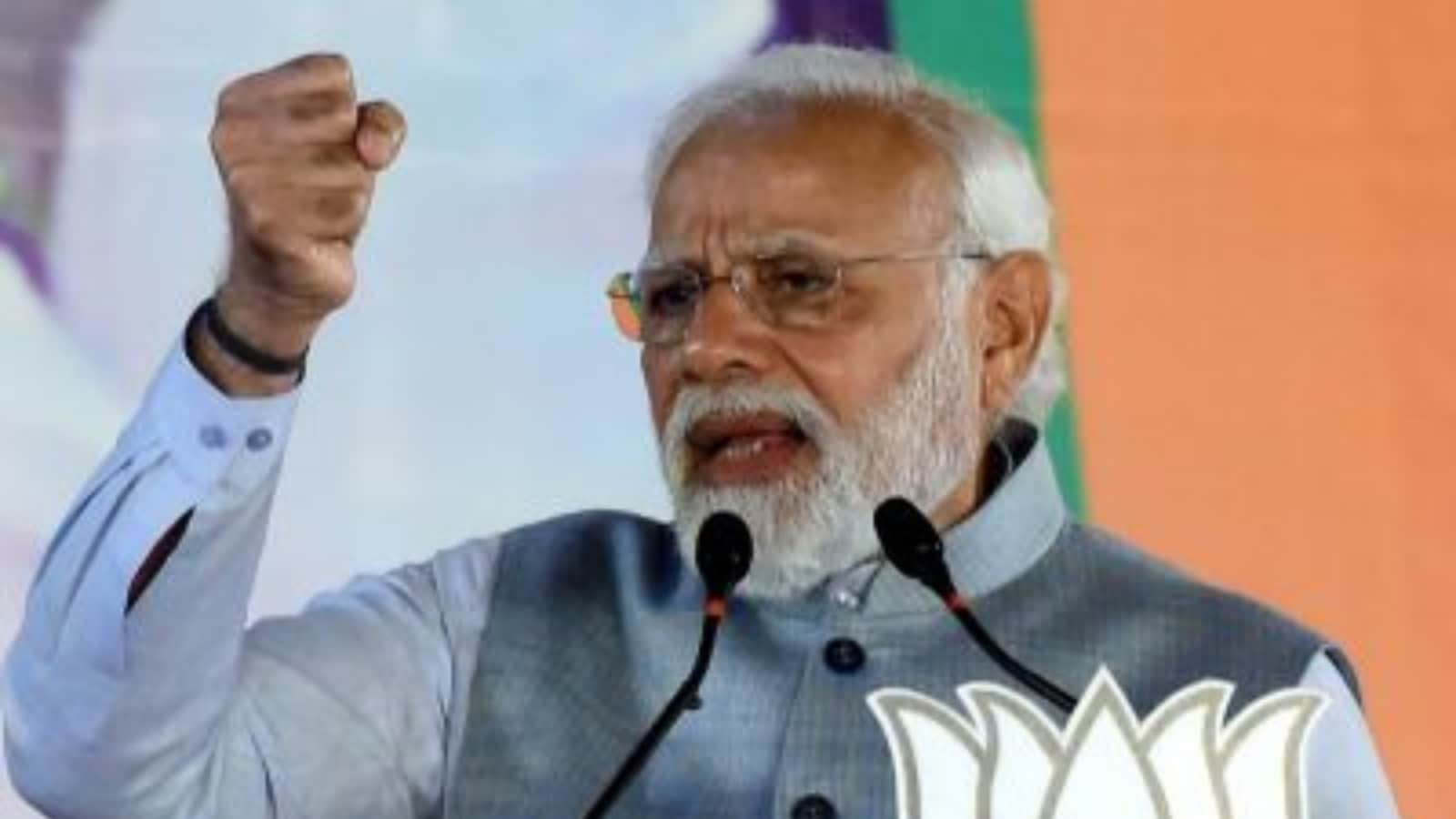 Prime Minister Narendra Modi on Wednesday stressed that the BJP is committed to “state devotion” while its rivals stand for “family devotion” and said that every BJP member should be proud that the party has made it an election issue and has succeeded in convincing the people. The danger of dynastic politics.

Addressing BJP workers on the party’s 42nd founding day, he said parties devoted to more family rule paid less attention to constitutional norms and covered each other’s corruption and misdeeds even though they may be active in different states. He did not name any party, saying they did not allow the country’s young talent to come forward and betrayed them.

Modi further emphasized that the BJP governments at the Center and in the states have worked to bring welfare projects to every beneficiary without any discrimination or bias, reflecting the policy of “Sabka Saath, Sabka Bikas”.

The parties in power have previously practiced vote bank politics where some sections of society were promised and others were ignored, he said, adding that inequality and corruption were “side effects of this politics”.

First, BJP president JP Nadda will speak to a group of foreign ambassadors on the party’s founding day on Wednesday and brief them on their ideology, culture and effectiveness. Nadda’s talks with 13 ambassadors from Asian and European countries will be held under a program titled ‘Know the BJP’, which is being launched this year, said Vijay Chauthaivale, in-charge of the party’s Overseas Affairs Cell.

He said a documentary on the party’s journey would also be shown to envoys at the BJP headquarters on Wednesday evening. The documentary will depict the journey of Jana Sangh and Bharatiya Janata Party. A special coffee-table book, “Nation First”, will be distributed among the guests, the BJP said in a statement.

He said that the party president would talk about the history, struggle and success of the party. Chauthaivale said this was the first briefing of the BJP chief and the process of holding talks with foreign envoys would continue in the coming days.

The program is part of a month-long program to mark the founding day of the BJP. During the talks, External Affairs Minister S Jayashankar, BJP vice-president Vaijayanta Joy Panda, Chauthaivale, BJP Mahila Morcha national chief Banathi Srinivasan and several other party leaders will be present.

The party wants to maintain such contacts with small groups of foreign diplomats. The exchange of delegations with political parties of friendly countries is also being planned in a timely manner, the BJP said in a statement.